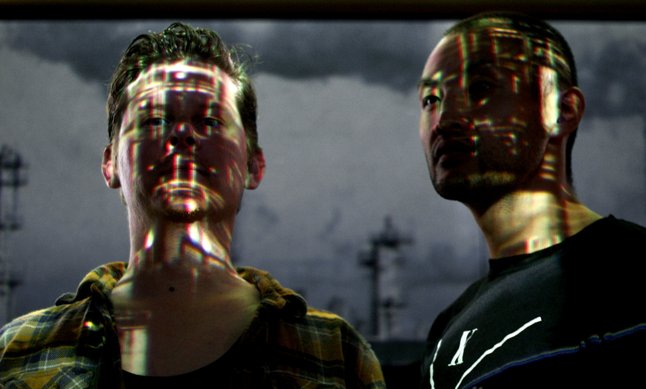 kÖök is the invention of guitarists Jørn Erik Ahlsen and Stian Larsen and comes out of the improvisational scene in Oslo. They released their first self titled record in 2012 on FMR records and Kjøkkenmusikk. They later released the live album "Live in Leipzig" (2013) before their highly praised second studio album "Imber, Whiltshire" in 2014. Following their tour in Japan they had an extensive hiatus and finally released

their third studio album "No Sign Can Foretell How Soon It Must Die" in the spring of 2021.

The duo plays free improvised music and navigates the landscape between electronic ambient and experimental jazz, where both Marc Ducret and Alva Noto can be heard as inspirations. Their minimalistic sound is developed through extensive use of analogue effects, loops and prepared guitars.

"It's hard to say something fresh in the intersection between art music and improvisation, but that is exactly what kÖök is doing successfully. The sound is clear and complex, surprising and reflected. The electronic nuances and diversity of sound in slow motion begets images of lavishness. 5/6" -Arild R. Andersen, Aftenposten

"Those looking for that massive listening experience with subtle nuances experienced in KÖÖK's "Imber, Wiltshire" a gem!" -Kulturterrorismus.de

"Above all – “Imber, wiltshire” is authentic and modest in intention, yet gigantic and monolithic in practice. This reason alone, beyond all possible superlatives about their music, is a good enough reason to get this cold and heavy album." -Cynif

"Norwegian guitarists Stian Larsen and Jørn Erik Ahlsen provide a tantilisingly wonderful selection of soundscapes in this, their first outing for FMR. Both are expert in not just playing the guitar but the use of live electronics which can of course provide endless possibilities. Seven constantly changing textures and ideas from two of Europes greatest and most creative improvisors."-FMR

"Rubbed strings, static, eerie tapped-on guitar sounds and the odd blip or squeak all float around the central humming light like moths around a flame. Patience is required to let the bent sounds slowly evolve and get a bit more dense evoking the occasional ghost-like spirits drifting around one another in a ritualistic dance of the Summer's new reappearance." - Bruce Lee Gallanter, Downtown Music Gallery

"What makes kÖök special is its seamless blending of lyricism and electronic textures, topped off by a healthy dollop of mischief. This combination of intelligence and playfulness is immensely pleasing, and the group's inaugural release offers an altogether fresh addition to the world of electronic ambient music." -Florence Wetzel/Squidsear.com